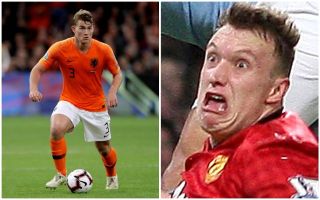 Manchester United are being urged by some extremely reactionary fans not to seal the transfer of Ajax defender Matthijs de Ligt after a dodgy opening 45 minutes against England.

Marcus Rashford scored from the penalty spot to make it 1-0 to the Three Lions over the Netherlands in tonight’s Nations League semi-final.

The penalty was awarded after some poor play by De Ligt, who was also nutmegged rather brutally by Borussia Dortmund winger Jadon Sancho in a poor first half showing by his incredibly high standards.

De Ligt had a superb 2018/19 for Ajax, and Sport are now linking him with a host of Europe’s top clubs, including Manchester United.

The Red Devils could do with an upgrade on their current crop of centre-backs, with the likes of Chris Smalling and Phil Jones surely not good enough for a club of their ambition. 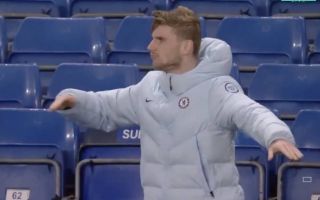 Still, this lot now think De Ligt is no more than a ‘Dutch Phil Jones’ after that dire first half.

We’re not sure that’s very sensible, but that’s Man Utd fans for you!

I would rather sign Koulibaly and Sancho instead of De Ligt ?
He is the Dutch Phil Jones?#NEDENG #MUFC

He’s just a Dutch Phil Jones at the end of the day https://t.co/0G4XnCelXh

I have always preferred Koulibaly over De Ligt. Just because most fans prefer De Ligt doesn’t mean we all do. I still think De Ligt is class but he is young and will make odd mistake and our team is already young. I just think Koulibaly would be better and is also more athletic.

Manutd should go all in for Koulibaly. I've always said he's the man we need. But a simple mistake by De ligt doesn't mean he's not good anymore. He's still a kid and I never thought he's our messiah because he'll be overpowered in the EPL