Manchester United are reportedly leading the race to land Lyon’s Moussa Dembele, with Liverpool and Arsenal also chasing his signature.

According to Goal, the Red Devils submitted a first official bid for the Frenchman of around €40 million back in May, having been impressed with his displays in Ligue 1 throughout the 2018-19 campaign.

The 22-year-old netted 20 times in 46 matches across all competitions for Lyon, emerging as one of the standout performers in the French top flight with his eye for goal and superb dribbling ability.

As per L’Equipe via Sport Witness, United are still in pole position to sign Dembele ahead of Liverpool and Arsenal, who have also expressed an interest in the mercurial striker.

Since signing for Lyon from Celtic last summer, the France U-21 star has taken his game to a new level and it appears he is ready for the next big step up in his career.

The Red Devils could certainly do with a player has direct and effective as Dembele, given the well-documented struggles of Romelu Lukaku and Marcus Rashford in recent months. 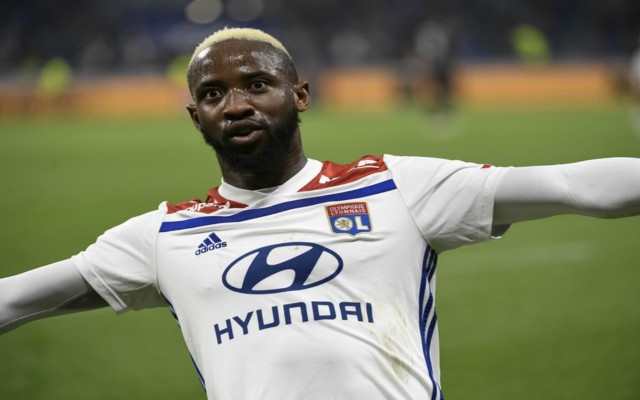 Ole Gunnar Solskjaer’s side are lacking imagination going forward with Alexis Sanchez, Anthony Martial and Jesse Lingard also failing to create openings in the final third of the pitch.

United finished sixth in the Premier League last season and failed to qualify for the Champions League, after only managing to win two of their last 12 matches across all competitions.

Solskjaer will be given plenty of funds to improve his squad while the market is open, but he must spend wisely and learn from the mistakes made by David Moyes, Louis van Gaal and Jose Mourinho in the post-Sir Alex Ferguson era at Old Trafford.

Dembele could be a great addition to the United squad and considering he is available for a reasonable fee, the club should be aiming to push this deal through quickly before their rivals swoop in.