Arsenal and Manchester United have been put on red alert after Yannick Carrasco’s admission that he wants to return to Europe this summer.

The 25-year-old has 31-caps under his belt for Belgium and according to Sky Sports, he was a target for Arsenal during the January transfer window.

The Manchester Evening News reports that United have also expressed an interest in Carrasco this year and both clubs might now consider launching bids in light of his latest comments.

The mercurial winger has revealed his intention to leave China and confirmed that he is the subject of official interest from one club, but refuses to name his potential suitors at this stage.

“I want to go back to Europe,” Carrasco told Sky Sports. “One team is interested in me but I can’t say which one and in which league.

“But hopefully my team in China can help me come back to Europe.” 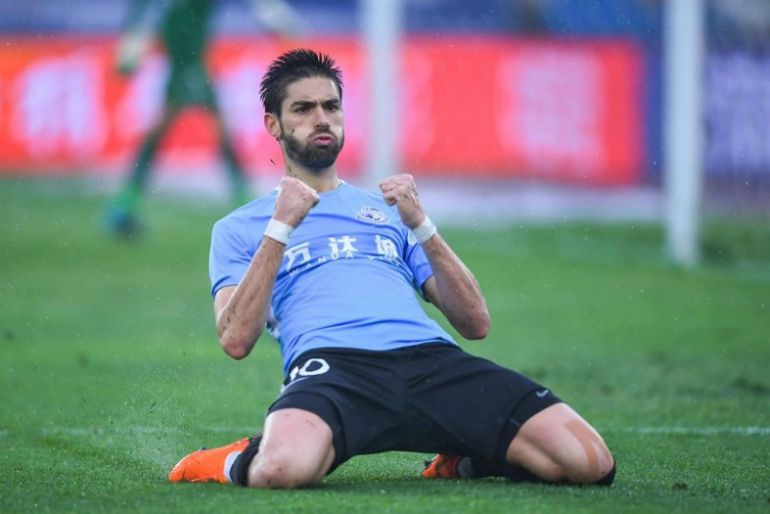 Yannick Carrasco is ready to leave China for the Premier League

The Belgium international is all set for a summer transfer and he has the qualities to add a new dimension to any team in world football.

Arsenal need extra support for Alexandre Lacazette and Pierre Emerick Aubameyang in the attack, especially with Aaron Ramsey set to depart for Juventus this month.

The Red Devils, meanwhile, are lacking a high-quality wide player capable of providing service for the likes of Romelu Lukaku and Marcus Rashford, with club boss Ole Gunnar Solskjaer thought to be plotting a major squad overhaul.

Carrasco could add a new dimension to either side and it is high time he returned to the top level after earning a lucrative wage for over a year in the far east.

United and Arsenal look set to go toe to toe for his signature, but a few other interested parties could yet emerge in the coming weeks as the Atletico ace aims to take the next step forward in his career.