Atletico Madrid goalkeeper Jan Oblak has refused to rule out leaving the club with Manchester United thought to be monitoring his situation.

The Slovenian moved to the Spanish capital from Benfica in 2014 and has since established himself as one of the world’s finest shot-stoppers while picking up three major trophies.

The 26-year-old extended his current deal at Wanda Metropolitano in April and he is now tied to Diego Simeone’s side until 2023, but a number of key players are on their way out of the club during the transfer window.

Antoine Griezmann looks set to follow Lucas Hernandez, Diego Godin and Juanfran out the exit door at Atletico and Oblak has now hinted he could join them.

According to the Daily Mirror, Man United are considering meeting the huge £106 million buy-out clause in Oblak’s new contract, with David de Gea’s future at Old Trafford very much up in the air.

The Atletico number one has admitted he will only stay faithful to his current employers if certain promises are kept, as he told Ekipa: “I signed a new contract, but that does not change anything.

“I will stay at Atletico as long as their ambitions match mine. 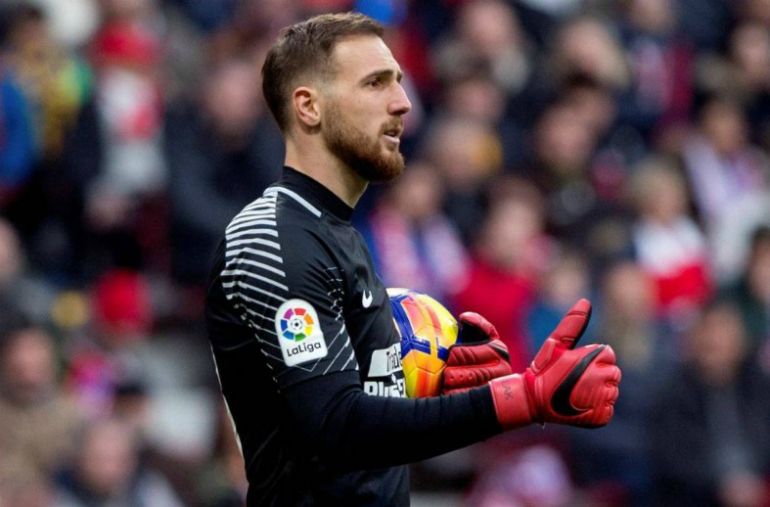 Jab Oblak is a transfer target for Manchester United

“And some people might think their ambitions have lowered, as big players have left. I am sure the club will do everything possible to sign quality players. When I signed my new contract they gave me guarantees about the club’s ambition.”

De Gea has only one year remaining on his existing deal in Manchester and seems to be stalling over signing a renewal, which is why the club’s senior officials are lining up potential replacements.

Oblak is definitely the most worthy candidate to fill the Spaniard’s gloves, but United would have to break the world record fee for a goalkeeper in order to lure him to the Theatre of Dreams.

This story is one to keep an eye on in the coming weeks, particularly if Atletico lose Griezmann or the Red Devils receive any formal offers for De Gea.