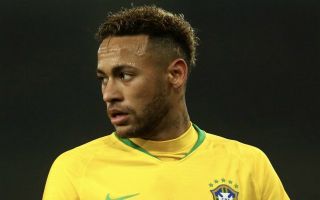 Neymar has suffered more heartache due to his injury woes as the Brazil forward has been ruled out of the Copa America with an ankle issue.

The 27-year-old picked up an injury in the latter stages of the 2014 World Cup which forced him to miss key knockout games, while he wasn’t at full fitness in Russia last year after suffering a setback for Paris Saint-Germain during the domestic campaign.

Further, he also missed a big part of the season just gone due to injury, but with the hope that he would be fully fit and ready to make a big impact this summer in the Copa America, his injury troubles have struck again.

As seen in the video below, he suffered the ankle problem during a game against Qatar last week, and as per the BBC Sport, he has since been ruled out of the tournament this summer after it was confirmed that he has ruptured a ligament.

Given the quality that he possesses, that’s a major blow for Brazil and their hopes of winning the competition, and so coach Tite will now have to come up with a solution to soften the blow of losing their talisman.

Neymar, 27, scored 23 goals and provided 13 assists in just 28 appearances for PSG this past season, while he’s got 60 goals in 96 caps for Brazil.

In turn, that goes to show just how important and decisive he is for both club and country, but neither can seem to have any luck when it comes to helping him avoid serious injury problems as he’ll now have to switch his focus to being ready for next season and watching on from home this summer.