Barcelona are said to be eyeing up RB Leipzig and France defender Dayot Upamecano as an alternative signing to Matthijs De Ligt.

De Ligt has become one of the most sought after players in Europe this season following his impressive form with Dutch giants Ajax, with a whole host of clubs vying for his signature.

As per Don Balon, one of these is Barcelona, who have already agreed a fee with Ajax for De Ligt, and now only need to agree terms with the player himself before they can sign him officially.

However, should they fail to agree terms with the player, Don Balon are also reporting that Barca are eyeing up Upamecano as an alternative to De Ligt, a player who is rated at around €50M.

De Ligt would be a brilliant signing for the Blaugrana to make, as the club would have an almost perfect replacement for Gerard Pique for when the Spaniard eventually calls time on his stint at the Camp Nou.

Missing out on De Ligt would be a blow for Barca, however it wouldn’t be all bad news if they were to sign Upamecano as an alternative. 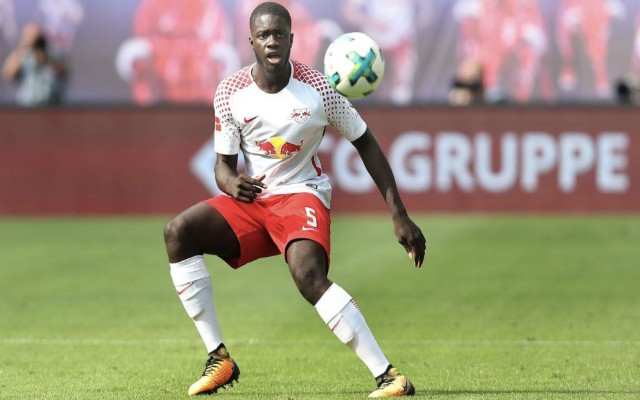 Barcelona are eyeing Upamecano should they miss out on De Ligt

The young French defender has already made 75 first team appearances for RB Leipzig during his career, with the player establishing himself as a first team regular for the German outfit.

Either De Ligt or Upamecano would be brilliant for Barca, however we’re sure Blaugrana fans would prefer to see their side sign De Ligt over Upamecano. Only just, though!