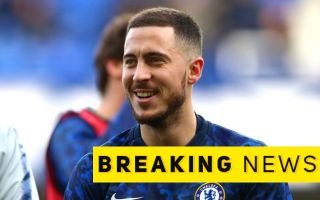 Real Madrid have confirmed the signing of Chelsea and Belgium winger Eden Hazard, with the player penning a five-year deal with the Spanish giants.

This is according to the club’s official website, who state that the player has signed a deal until June 30th, 2024, with Los Blancos to present Hazard to their fans on Thursday 13th June.

It’s believed that Hazard is going to set Real back £130M, which is the fee that the Telegraph are reporting has been agreed between them and Chelsea.

Hazard managed to establish himself as a Chelsea legend during his time at Stamford Bridge, and we’re sure all Blues fans will be gutted to see him leave.

Hazard is highly regarded as one of the greatest players on the planet, and we’re sure he’s going to set La Liga alight during his time with the Spanish giants. 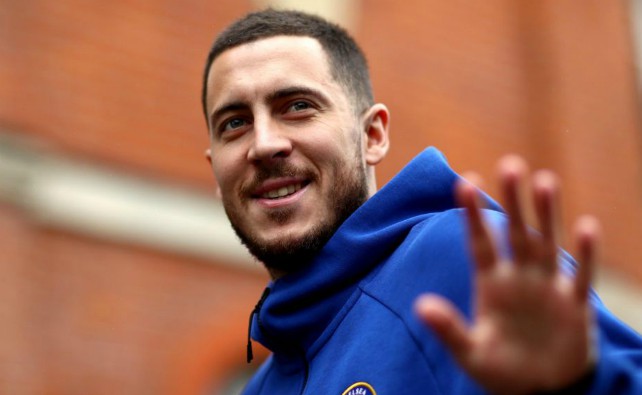 Hazard has waved goodbye to Chelsea following his move to Real

Real struggled dearly this season, with it being clear that the club are missing former star man Cristiano Ronaldo very much.

We’re not saying Hazard will be a like-for-like replacement for Ronaldo, however there won’t be many better players suited for to take over his famous no.7 shirt than the Belgian.

Contact made: Man United eye move for La Liga star who has a release clause of only €25m
More Stories Eden Hazard