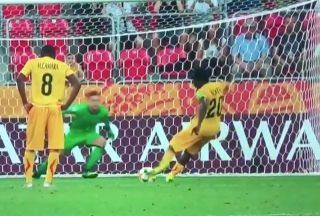 AC Milan goalkeeper Alessandro Plizzari is having quite the tournament in the U20 World Cup, as he played a key role for Italy in their win over Mali.

Andrea Pinamonti scored a brace in the 4-2 win over 10-man Mali, but it took another penalty save from Plizzari to help the Azzurrini on their way.

The 19-year-old has been in fine form through the tournament already and was decisive again on Friday prior to his spot-kick heroics.

As seen in the video below though, he produced a stunning save to deny Sekou Koita as he finger tipped his effort round the post which in turn was his second penalty save of the tournament.

Italy will face Ukraine in semi-finals next Tuesday, but from a Milan perspective, the club will surely be monitoring his progress and wondering if he could be ready to push the likes of Gianluigi Donnarumma and Pepe Reina next season.

Just a daily reminder that we have Alessandro Plizzari…