Newcastle Utd have received a boost as goalkeeper Martin Dubravka has suggested that he’s happy to stay at the club beyond this summer.

The 30-year-old was an ever-present in the Premier League last season, making 38 appearances and conceding 48 goals while keeping 11 clean sheets.

Having established himself as a key figure for the Magpies as well as being one of the top goalkeepers in the top flight in England, the club would undoubtedly have been eager to keep hold of him this summer as his form would perhaps have attracted interest from elsewhere.

Dubravka has seemingly made their job easy by insisting that he’s happy at St James’ Park, thus suggesting that he won’t be looking for a move elsewhere ahead of next season.

“I’m happy. I’ve had one-and-a-half years here. When I came here, I was a new player (to the Premier League), and now I’ve played the whole season,” he told the Northern Echo.

“At first, I did not expect that I would be in goal every game. I was waiting for my chance, which came against Manchester United after one week. It was a great debut, and since then, I feel that the time has flown.”

That in turn will be one less headache for the club to deal with then, as there are still question marks over the ownership situation, Rafa Benitez’s future given his contract will expire this summer as well as potential reinforcements arriving to strengthen the squad. 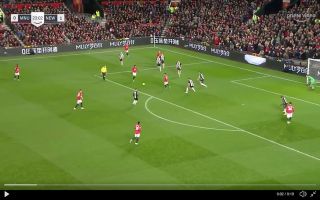