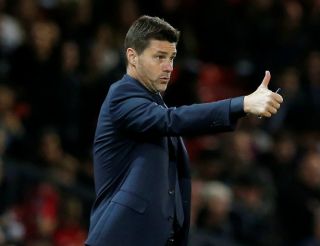 Tottenham are reportedly battling it out for the signing of Bruno Fernandes with Man Utd, with reports in Portugal suggesting they lead the race.

Mauricio Pochettino’s side are coming off the back of another impressive season as not only did they secure another top four finish in the Premier League, but they also went on a memorable run to the Champions League final.

The Argentine tactician will be desperate to build on that moving forward, and so he’ll hope that reinforcements arrive this summer to strengthen his squad and help them take that next step to consistently compete for major honours.

According to The Mirror, Fernandes has emerged on their transfer radar as an alternative option to Real Betis star Giovani Lo Celso, while it’s suggested that Spurs value the Portuguese international at around £71m with Man Utd offering competition.

There is more reason for optimism for Tottenham fans though, as Record claim that Fernandes is in fact ‘very close’ to joining the club in what would be a huge coup for them to fend off such competition to land a quality player.

The 24-year-old was in sensational form last season, scoring 32 goals and providing 18 assists in 53 appearances for Sporting Lisbon, while he will hope to play a key role in Portugal’s bid for UEFA Nations League glory on Sunday.

With that in mind, there is little doubt that Fernandes is a top-class operator in midfield and in the final third, and so now it remains to be seen if he does seal a move to the Premier League this summer, and whether it will be Tottenham or Man Utd who manage to land his signature.

Particularly with Christian Eriksen continuing to be linked with Real Madrid though, as per the Independent, it could be imperative that Tottenham get their man as a replacement.