Arsenal could be forced into accepting a lower transfer fee for one of their loanees this summer, the Gunners need to raise funds through players to boost their budget.

Italian giants Napoli are prepared to sign Arsenal goalkeeper David Ospina on a permanent deal this summer, however, Napoli’s president is only willing to sign the star if Arsenal accept lower than the £3.5m fee that was agreed upon last summer.

This is according to Gazzetta dello Sport journalist Nicolo Schira:

#Napoli wants to buy the goalkeeper David #Ospina from #Arsenal. But De Laurentiis offers only €2.5M and wants a discount on the 4 million agreed last summer with the #Gunners. #transfers #AFC

The Gunners stand to make a loss on Ospina if they are to give in to Napoli’s demands and accept a fee in the region on €2.5m (£2.2m) for the star.

According to BBC Sport, Arsenal paid French side Nice around £3m for the stopper after his impressive performances for Colombia in the 2014 World Cup.

Ospina was Carlo Ancelotti’s first choice in between the sticks for the majority of last season, the Colombian stopper made 24 appearances across all competitions for the Naples outfit. 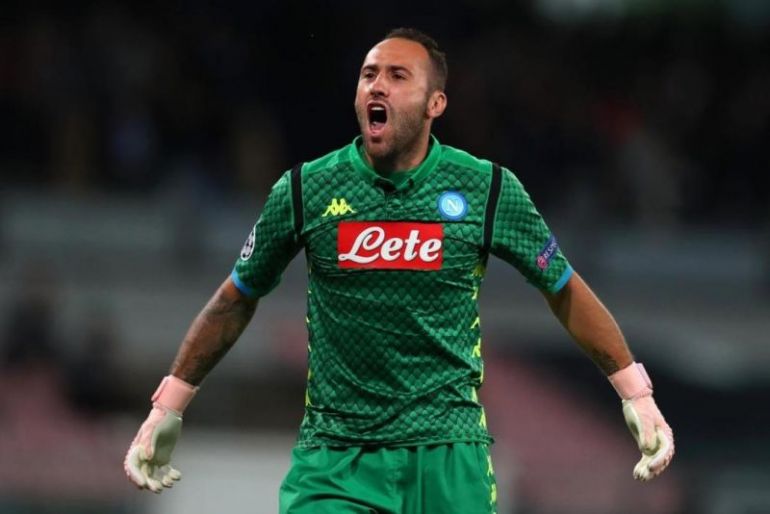 However, Ospina fell down the pecking order for the Azzuri towards the end of the season, bizarrely Ancelotti spent the second half of the season rotating between three first-team goalkeepers.

Opsina lost his starting berth in the run-in to the end of the season to Alex Meret and Orestis Karnezis. This may be why the Italian giants are pushing Arsenal to accept a lower transfer fee for the star.

As per the Daily Star, Arsenal’s summer budget stands at £40m – this is hardly enough for the north London side to compete with their rivals with.

The report highlights that Arsenal will be looking to make cuts in their goalkeeping department, rather than using the experienced Ospina as a backup to Bernd Leno – the Gunners will make 26-year-old academy graduate Emiliano Martinez Unai Emery’s second choice.

This is an incredibly risky move by the Emirates outfit, whilst Leno has been impressive for the Gunners, an experienced backup is essential to keep the Germany international on his toes.

The Gunners should stand firm on their asking price for Ospina, rolling over to Napoli’s demands could show their rivals that they’re weak negotiators.