Senior officials at Barcelona have warned one of the club’s highest profile players that he will be transfer listed, the ace’s attitude has come under fire since joining.

According to Spanish newspaper AS, Barcelona have threatened to transfer list winger Ousmane Dembele, the Frenchman was late to training in the week leading up to the Catalan giants’ Copa Del Rey final against Valencia last month.

It’s understood that Dembele told the club that he missed training as a result of the hamstring injury he suffered against Celta Vigo at the start of May. The Frenchman claimed that he was working with a separate physiotherapist at the time to recover from his injury.

The report states that Barcelona boss Ernesto Valverde had little to say on the incident, however it’s understood that senior officials at the club have warned Dembele that he will be transfer listed if this happens again.

Dembele also hit the headlines in the first-half of the season for arriving late to training and also missing sessions at Barcelona’s training ground, the ace seemed to have knuckled down before this incident last month. 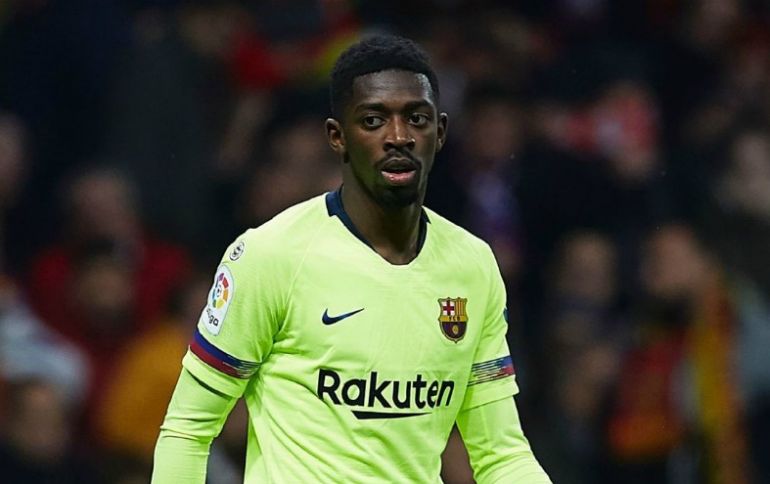 The controversy that Dembele seems to find himself in for his off-the-pitch actions have seen the star blasted for his attitude, Barcelona may look to sell the star if these issues continue.

Dembele’s future at Barcelona was already uncertain before his latest antics, according to Sport, the La liga champions are open to selling the attacker this summer.

Barcelona will be hoping to recoup the investment they made in the Frenchman, should they decide to offload the star. Dembele only joined Barcelona two summers ago in a mammoth deal from Borussia Dortmund, according to BBC Sport, the ace joined in a deal that could be worth up to £135.5m.

Dembele scored 14 goals and provided six assists to his teammates across 41 appearances in all competitions for Barcelona last season.

Should Barcelona offload Dembele because of his behaviour off the pitch?