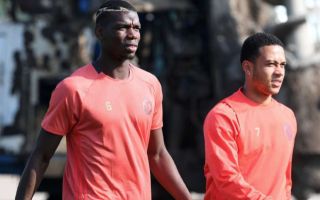 Former Man United man Memphis Depay has opened up on his time at the club under former manager Jose Mourinho, with the Dutchman slating him in the process.

Depay sealed a move to Old Trafford from PSV in the summer of 2015, and standards were high regarding the move given how Depay has performed during his last season with the Dutch giants.

The forward failed to set England alight during his stay with United, as he only managed to bag a total of seven goals and six assists in 53 appearances.

Since then, Depay has moved to Lyon, a club where he seems to be flourishing at, as the Dutchman has bagged 39 goals and 41 assists in 116 games for the Ligue 1 outfit, a brilliant return.

Some United fans may be angry at the club for not holding onto Depay for longer, however it looks like they have one man to blame in particular for the forward not being given a fair chance: Mourinho.

Depay has opened up on his time at United under Mourinho

As per Don Balon, Depay has been speaking about his time at United, stating that “when Mourinho came, I felt confident and even trained at a higher level, but nothing changed my situation, even giving everything in training”.

Depay then went on to add “he told me that he was very satisfied with my work and my attitude, but he never gave me options to play. And at that moment he made me lose my mind”.

If Depay’s words are true, then it seems strange for Mourinho to seemingly just forget about Depay despite him putting in his best efforts during training.

Despite all of this, it’s great to see Depay seemingly enjoying his football right now, something we’re sure the player himself is hoping to see go on long into the future.