Juventus are said to be eyeing up a move for Barcelona and Portugal star Nelson Semedo, who could end up replacing his national teammate Joao Cancelo, who seems to be heading for the exit door.

According to Diario Gol, Juve are interested in signing Semedo this summer, with the player himself already confirming that he wants to leave the Blaugrana in the coming months in search of regular playing time.

And it looks like Semedo could be brought in to replace Cancelo, as SportMediaSet has reported that the player is very close to joining Man City in a €50M move.

Semedo has been under utilised during his time at the Nou Camp, with Ernesto Valverde often preferring to play Sergi Roberto, who’s originally a midfielder, over the Portuguese international at right back.

Despite Valverde’s obsession with Roberto, Semedo still managed to clock up 46 appearances for Barca this term, helping the club win yet another La Liga title in the process. 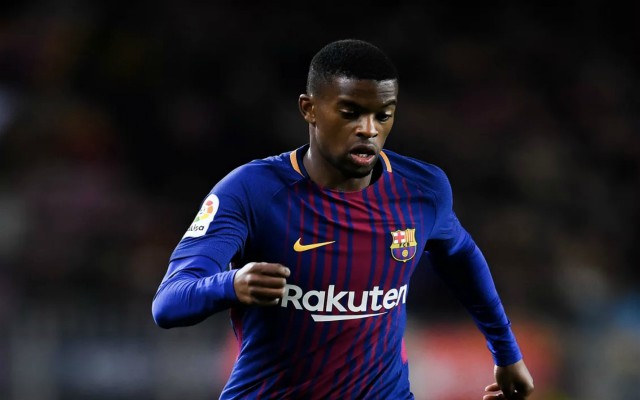 Semedo, who wants to leave Barca this summer, has caught the eye of Juve

Semedo would be a good signing for Juve to make, especially if they do end up losing Cancelo to Man City like SportMediaSet are suggesting.

The Barcelona star has proven to be a constant threat down his side’s right flank whenever selected by Valverde, something that will definitely come in handy for Juve should they end up agreeing a deal to sign him.