Manchester United and Chelsea are mentioned as being among the rumoured suitors for highly-rated young Bayer Leverkusen winger Leon Bailey.

The Jamaica international has shone in his time in the Bundesliga and is being eyed up by Chelsea as an ideal replacement for Eden Hazard after his move to Real Madrid.

According to Team Talk, Bailey has also previously revealed approaches from Man Utd and other clubs such as Manchester City and Liverpool.

There’s no doubt Bailey would be a great fit for most top sides, but it seems at the moment like he could be slipping away from United and towards Chelsea.

There could be hope, however, for the Red Devils, as Chelsea look set to face a transfer ban this summer unless they can get it delayed with an appeal. 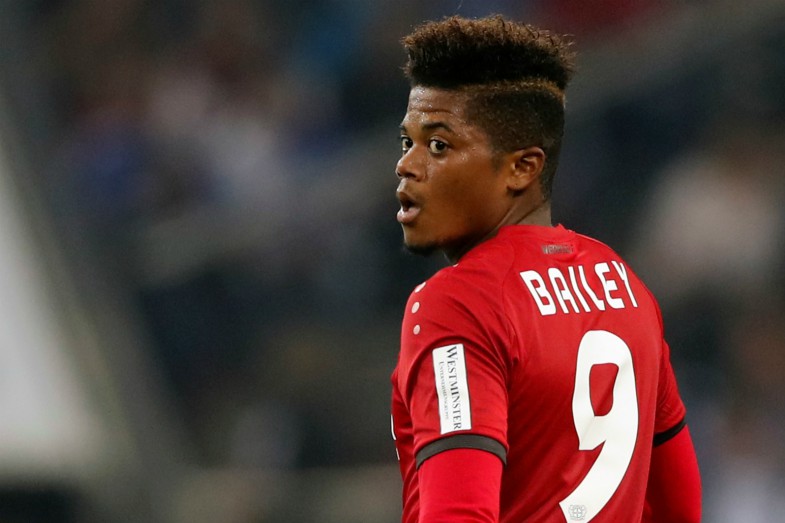 Leon Bailey is being linked with Manchester United and Chelsea

If not, however, the Blues are planning to make their move for the 21-year-old next summer instead, giving MUFC time if they want to try their luck with a bid.

Bailey is valued by Leverkusen at around £80million, which should be affordable for United.

However, with Daniel James joining and players like Jadon Sancho and Nicolas Pepe seemingly the preferred targets for United at the moment, it remains to be seen if they’ll try to pip CFC for his signature at the moment anyway.