Liverpool have named their price for in-demand star Harry Wilson amid interest in the player from a number of clubs across Europe.

Wilson showed what he was all about during his loan spell with Derby this season, as the Welsh international bagged an impressive 18 goals and six assists in all competitions, as the Rams narrowly missed out on promotion to the Premier League.

Wilson has since returned to Liverpool, however it doesn’t look like he’ll be remaining their long if this recent news is anything to go off.

As per the Mirror, Jurgen Klopp is ready to let the player leave on a permanent basis this summer, with the Reds slapping a £21M price tag on his head as a result of this.

The report also notes that a number of clubs, such as German duo Hoffenheim and RB Leipzig, as well as other sides such as Valencia and Getafe, are all in the hunt for his signature, something that definitely suggests that he’s in demand. 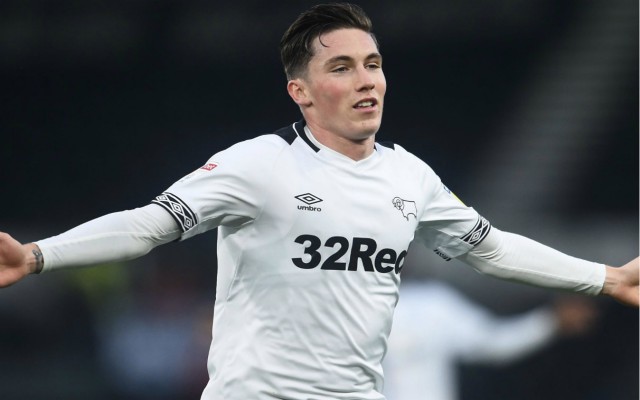 Given the squad depth Liverpool currently have, it’d be wise for Wilson to seek a move away from Anfield, especially if he’s after consistent game time.

Wilson can play as either a midfielder or a winger, and given the fact that the Reds already have a whole host of options to pick from in these areas, we find it hard to see how the Welshman would hold down a first team place next season.

£21M for a man who got 18 goals from the wing in the Championship last season? Absolute bargain!