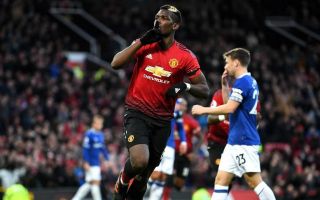 Manchester United could find themselves being offered a pretty tempting swap deal from Real Madrid as they bid to complete the transfer of Paul Pogba.

According to Diario Gol, the Spanish giants do not want to spend big on Pogba this summer, but could be prepared to do business at around €50million, plus Gareth Bale moving to Old Trafford as part of the deal.

The Wales international has been linked as a target for United on loan by the Daily Mirror, so this might be a smart move by Real to kill two birds with one stone and get an unwanted player off their books while bringing in a top talent like Pogba.

Man Utd could do with a new attacking signing like Bale to boost their options in that area of the pitch, though some fans might question if he’s really the best player to be going for.

Bale has not been at his best for Madrid for some time now, and at the age of 29 is not exactly at a point in his career where he’s got much time to improve.

A loan deal might therefore make sense for MUFC, but landing him in exchange for Pogba could be more risky.

That said, it might also be a good way for United to strengthen their attack whilst cashing in on the inconsistent Pogba, who hasn’t had the best time of things of late either.