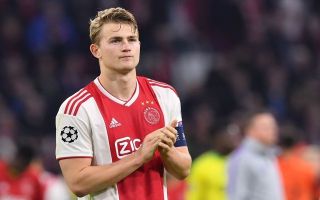 Ajax defender Matthijs de Ligt has revealed that he is yet to choose on which club he’ll join this summer, the star is going on holiday and will think about his options.

One of the biggest transfer sagas of the summer is set to go on as highly-rated defender Matthijs de Ligt has revealed that he’s yet to decide which club he wants to join this summer. The talented centre-back is being courted by some of Europe’s elite and would like to take some time to think about his future whilst on holiday.

According to Spanish journalist Gerard Romero, only three clubs remain in the running for De Ligt’s signature.

Romero stated that Manchester United are no longer in contention to sign De Ligt and the only three clubs left in the race to sign the highly-rated defender are Barcelona, Juventus and Paris Saint-Germain.

The 19-year-old made the revelation to Univision after his side’s defeat to Portugal:

? Matthijs de Ligt: “I will go on vacation now. I am going to think about what’s best for me, and then I will decide. I think it’s important for a young player to play, that’s the only thing I know.” [TV Univision] pic.twitter.com/ejqh2fnaU5

Matthijs de Ligt (Ajax): "I am now going on vacation and I will think about my future. No, I have not chosen any club." [univision tv via @marcelobechler] pic.twitter.com/QL0rjiCVqs

De Ligt has dropped a hint that he will only join a side that guarantee him a starting spot with his statement about how ‘important it is for a young player to play’, this could dent Barcelona’s hopes of signing the star.

At centre-back the Catalan giants already have Gerard Pique, Samuel Umtiti and Clement Lenglet; De Ligt could find a guaranteed starting spot hard to come by at the Camp Nou. 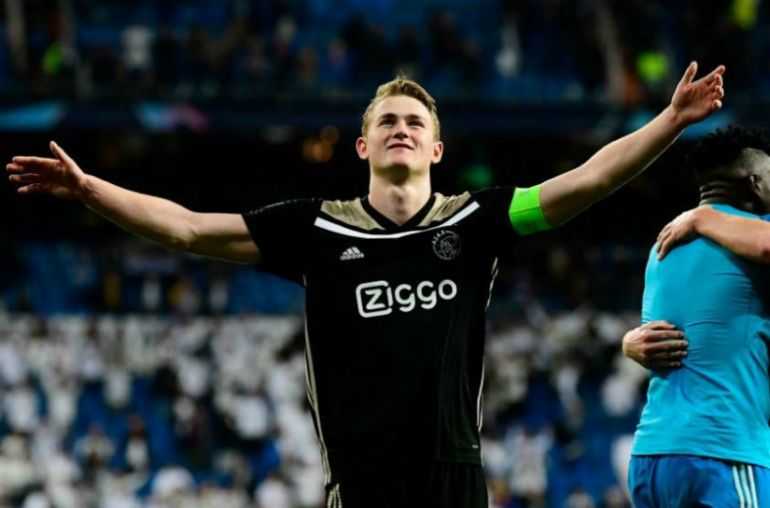 De Ligt’s eye-catching performances on the biggest stages like the Champions League this season have led to some of Europe’s elite eyeing a move for the ace this summer.

De Ligt would be a major coup for any of the teams interested in his signature, at just 19 years old the Ajax sensation has amazing experience at the top level.

De Ligt’s potential is astronomical, given his age, the Dutchman can be a solid defender for one of Europe’s elite for up to 15 years – signing the star will give any side a massive edge over their European rivals.