Jose Mourinho has been linked with the Newcastle United manager’s job if the club is taken over by wealthy new backers this summer.

The former Manchester United boss has been out of work since leaving Old Trafford in December, and would surely welcome this exciting new project at St James’ Park.

This would give Newcastle plenty to spend on exciting new signings, with Mourinho perhaps likely to have more control there than he had in his difficult time in charge of Man Utd. 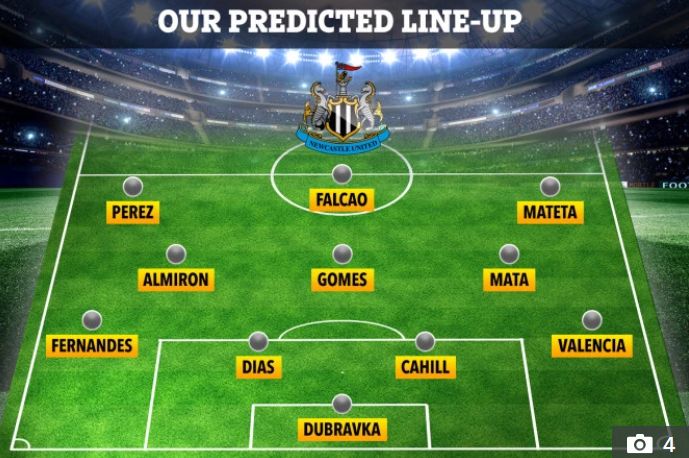 Up front is Monaco striker Radamel Falcao, who has played under Mourinho before, and he’s long been linked with a move away from the Ligue 1 side after showing signs of age, though a team like Newcastle would surely still take him.

In midfield would be Everton’s Andre Gomes, who’s had a fine season on loan at Barcelona and who could join permanently this summer unless a bigger club snap him up, with Arsenal and Tottenham linked with the Portugal international. Alongside him is Mourinho’s former United playmaker Juan Mata, who will be a free agent this summer and who’d add great experience to this squad.

Coming in in defence could be two more free agents and two more of Mourinho’s former players in Chelsea’s Gary Cahill and Man Utd’s Antonio Valencia.

Also in there is promising young Benfica defender Ruben Dias, who has been linked with Manchester United and who has a release clause of around £50million.