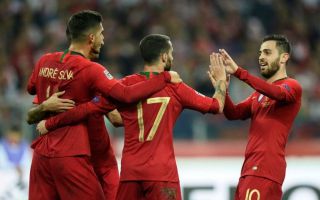 Loads of Manchester United fans seem to agree that their club should be trying to seal the transfer of Benfica defender Ruben Dias this summer.

The Red Devils have been linked with a number of big names in central defence in recent times, with the club in need of improvements on the likes of Chris Smalling and Phil Jones.

Dias is one of the centre-backs to be linked with Man Utd by Record, as translated by Sport Witness, with the report noting he’s available for €60million this summer due to that being his release clause fee.

Harry Maguire is another big name linked with United to fix that position by the Mail and others, while this tweet below from Gerard Romero suggests they’re out of the running to sign Matthijs de Ligt.

So could Dias now be the best option? It seems many MUFC fans are keen on the Portugal international after his strong showing in the Nations League final against the Netherlands so far.

The 22-year-old has looked solid and for many fans this might be the first proper look they’ve got at him since rumours emerged linking him with a move to Old Trafford.

Throwing it out there….

Ruben Dias is a good centre back ??

Gettable with the right profile.

Ruben Dias has been looking very solid at the back for Portugal so far. Would be ecstatic if Manchester United signed him this summer. #mufc #PORNED

Dias and Fernandes need this Portuguese excellence at Utd

United shouldn’t waste their time chasing prospects that are not gettable. A 60m release clause for a player like Ruben Dias stature now is a no brainer for me. #MUFC https://t.co/nITbv0PKjZ

Also, if we really can't get De ligt or Koulibaly, Ruben Dias should be an option. His performance tonight vs Netherlands is very good so far in 1st half#mufc#UEFANationsLeague #PORxNED

If we fail to sign De Ligt then we should go all out for Ruben Dias..#mufc 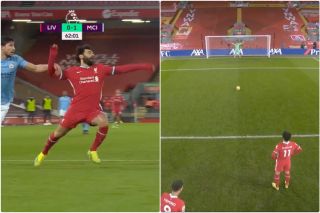