Manchester United have been put on red alert after Sevilla forward Wissam Ben Yedder’s admission that he is open to leaving Spain this summer.

The 28-year-old has spent the last three years of his career with the La Liga outfit, racking up 131 appearances across all competitions and contributing 66 goals in total.

30 of those goals came in the 2018-19 campaign, as he helped Sevilla finish sixth in La Liga while also reaching the last 16 of the Europa League.

According to The Sun, Ben Yedder has been on Man United’s radar since March and they could step up their interest in the Frenchman in light of his latest comments.

The Sevilla ace spoke to Le Parisien at the start of the week, hinting at a summer transfer amid links to a number of top European clubs, including United.

When asked if now was a good time for him to move on to the next challenge in his career, Ben Yedder responded: “It’s good timing, like you say. I really feel that. But I can’t lack respect for the club. Whatever the final choice is, I’ll be happy.

“I dream of playing at a high level, in the biggest clubs in the world and to be alongside players of international class. It’s a case of seeing where I can get to in terms of level. 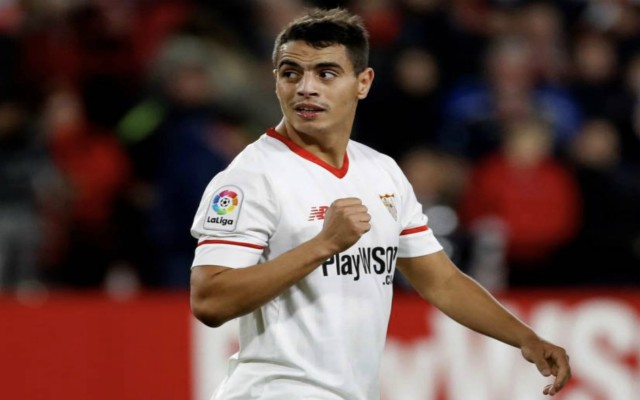 Ben Yedder in action for Sevilla

“I’m not more preoccupied about that than by my future. I’ll take stock after France duty but it will also be for Seville to decide.”

Goal reports that Barcelona are the frontrunners in the race to sign the prolific La Liga striker, but no formal offers have been submitted as of yet.

United could launch a bid of their own in the coming weeks after Ben Yedder’s latest revelation, with Ole Gunnar Solskjaer currently on the lookout for attacking reinforcements.

The France international is technically superb and deadly in front of goal, with a penchant for splitting defences with his dribbling skills and vision.

He would be a fantastic addition to United’s squad this summer and this story could be one to keep an eye on as speculation begins to intensify.