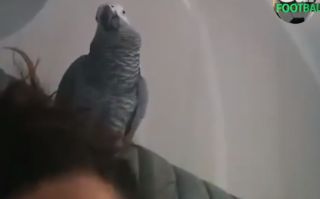 We’ve seen some bizarre things on the internet in our time but this has to be up there.

Watch the video below from the Sun, which shows a parrot singing the Mohamed Salah chant so often heard at Liverpool games.

This parrot has paid a fantastic tribute to 'Egyptian King' Mo Salah? pic.twitter.com/9DVXIpzOGL

We can probably quite safely assume this bird belongs to a Reds supporter, with the woman in the video clearly keen to hear the song.

The parrot probably isn’t actually a football fan and surely has no idea what it’s saying, but this sounds very cool nonetheless!