Manchester United could reignite their interest in Tottenham’s Danny Rose after he hinted at a summer departure over the weekend.

According to the Manchester Evening News, the 28-year-old was a previous target for the Red Devils, but Luke Shaw’s emergence at left-back in the 2018-19 season saw transfer links die down.

Ole Gunnar Solskjaer is plotting wholesale changes at Old Trafford this summer after a nightmare season which saw his side finish sixth in the Premier League and miss out on Champions League qualification.

According to MEN, United may be tempted to pounce on Rose in the transfer market, after his surprise admission while away on international duty.

Speaking after a UEFA Nations League third-place play-off victory over Switzerland on Sunday, the England full-back revealed he could leave Tottenham while the market is open.

As per MEN, he stated: “I don’t know what the future holds now.

“If I’m back at Tottenham next season, great, if I’m not – great. I’ll just have to wait and see. 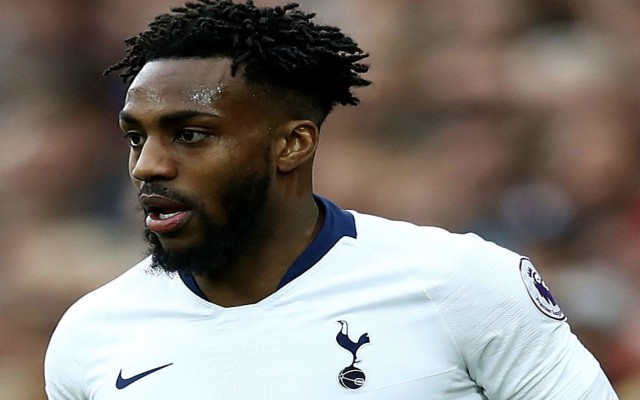 Danny Rose in action for Spurs

“It has been no secret that my name has been mentioned quite a few times in terms of players moving on and I’ll be just sitting tight over the next few weeks and just seeing what happens.”

Shaw is the only natural left-sided defender on United’s books and Rose could provide extra cover, with a view to perhaps competing for a regular spot in Solskjaer’s starting XI.

Tottenham are a better team than the Red Devils at the moment, but Old Trafford is still a dream destination for any player and Rose might fancy the opportunity to take up a new challenge.

If United did decide to launch a bid for the English star, he could be available for around €25 million – as per Transfermarkt – which is a small price to pay for a player of his experience and quality.

At the moment Solskjaer might be focused on a number of other targets, but Rose may have piqued the Norweigian’s interest with his latest comments and thusly, this story could develop quickly in the coming weeks.