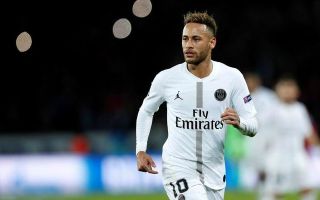 Paris Saint-Germain reportedly look ready to sell Neymar this summer, but that could be bad news for the transfer plans of Manchester United and Liverpool.

According to Don Balon, PSG have lowered their asking price for their Brazilian superstar to just £178million – less than they paid for him in 2017, according to BBC Sport‘s report at the time.

The exciting young England international has had a superb season in the Bundesliga and looks one of the biggest prospects in world football right now.

This has also seen him linked with a big-money move back to the Premier League, with another Don Balon report recently claiming Manchester United and Liverpool were after him, though he’d cost a staggering £176m.

That might be too much for those two to pay, so PSG could have the edge, especially if they’re able to cash in on Neymar, who Don Balon link with Real Madrid, Barcelona and Manchester City.

It would be great to see Sancho back in England, however, with the 19-year-old a perfect fit for Man Utd’s style of play and an ideal long-term replacement and upgrade on Alexis Sanchez.

Liverpool, meanwhile, also play a fast style of attacking football that would fit Sancho perfectly, and he could be lethal alongside Mohamed Salah, Sadio Mane and co., giving Jurgen Klopp more options to rotate beyond his first choice front three.

Still, having taken the gamble of moving abroad early in his career and seeing it pay off so handsomely, perhaps the teenager will once again feel like trying his luck in a new country by taking up an offer from PSG.