Chelsea boss Maurizio Sarri is on the verge of taking over at Juventus and Jose Mourinho is willing to take his place on the Stamford Bridge touchline.

According to The Sun, Sarri will be appointed as the Bianconeri’s new head coach in the coming days, after just one full season with the Blues.

Chelsea are already on the lookout for their next boss, with several names being thrown into the hat ahead of the 2019-20 campaign.

Derby manager Frank Lampard is the favourite to come in, but club officials are also considering candidates with substantial Premier League coaching experience.

The Sun reports that a familiar face has put himself in the frame to succeed Sarri at Chelsea, three years after he was sacked by the club for a second time – the enigmatic tactician himself, Jose Mourinho.

The Portuguese has been out of work since being dismissed by Manchester United in December, but he is hoping to return to management at the highest level this month.

Mourinho won back-to-back Premier League titles during his first stint at Chelsea before taking in a second spell at the club between 2013 and 2016. 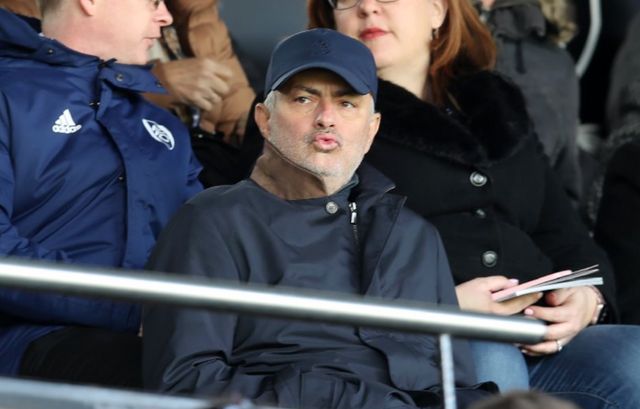 Mourinho is open to a surprise Chelsea return

He managed to secure another Premier League crown during that time, but he was sent packing once again during the first half of the 2015-16 campaign after the Blues slipped to 16th in the table.

Despite his past links to the club, Mourinho is not among the frontrunners in the race to replace Sarri at Stamford Bridge, but he was pictured in London on Monday ahead of talks with a commercial agent – as per The Sun.

The 56-year-old is open to helping his former club negotiate their way through a difficult period, but it seems unlikely that Chelsea would re-appoint a man who alienated the players, staff and fans when he was last in charge.

That being said, as Sarri nears a return to Italy speculation over who will come in at the Bridge will continue to mount and Mourinho might find yet himself in contention for an unexpected Premier League comeback.