The 22-year-old signed for the Rossoneri on a two-year loan deal with the obligation to buy in 2017 and the San Siro outfit will pay a £24 million fee to secure his services permanently this summer – as per The Sun.

Milan are planning to instantly offload the Ivory Coast international once he is officially registered to the club, in order to balance their books and comply with Financial Fair Play (FFP) regulations.

According to The Sun, Arsenal are considering spending a large portion of their modest transfer budget on Kessie, who Milan are likely to let go for around £30 million.

The energetic midfielder featured in 34 Serie A matches for the Italian giants last season, scoring seven goals in total, but he was unable to inspire the team to a top-four finish.

Arsenal also failed to qualify for Europe’s elite competition after only managing a fifth place in the Premier League and Emery will only have £40 million to spend in the transfer market as a result.

Signing Kessie would leave the Gunners with very little extra cash to spend on further reinforcements, which is why they have not yet made a decision regarding an official approach. 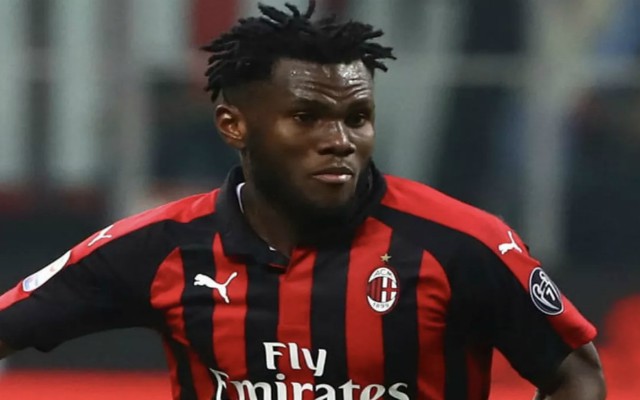 Kessie in action for AC Milan

The Sun reports that Tottenham and West Ham are also keeping a close eye on Kessie’s situation, but it is not yet clear where is preferred next destination is.

Emery could offload a few players to raise extra funds, or alternatively just roll the dice on the Ivorian star, who has been a standout performer for Milan over the last couple of seasons.

The young box-to-box midfielder is adept at breaking up play in the middle of the park and capable of driving his team forward with strength and pace, as he has shown on countless occasions in Serie A.

Arsenal could certainly use a player of his calibre next season, especially after Aaron Ramsey’s departure to Juventus and a £30 million investment could end up looking like a bargain deal in the long term if he were to excel in the Premier League.