Arsenal midfielder Lucas Torreira has emerged as a potential target for AC Milan, with Sampdoria head coach Marco Giampaolo set to take over at San Siro.

Gennaro Gattuso left his post as Rossoneri manager at the end of May, after failing to guide the team into the Champions League.

According to Calcio Mercato, Marco Giampaolo has been lined up to replace Gattuso and is expected to terminate his contract with Sampdoria this week.

Tuttomercatoweb reports that the Italian is set to target prized Arsenal asset Torreira if he completes his switch to Milan, despite the fact that the diminutive enforcer is contracted to remain at Emirates Stadium until 2023.

Torreira worked with Giampaolo for two seasons in Serie A at Sampdoria, serving as one of the team’s most important players while also breaking through on the international stage with Uruguay.

Arsenal would surely be reluctant to sell the 23-year-old who has only just finished his first season in the Premier League and proved himself as a key member of Unai Emery’s squad. 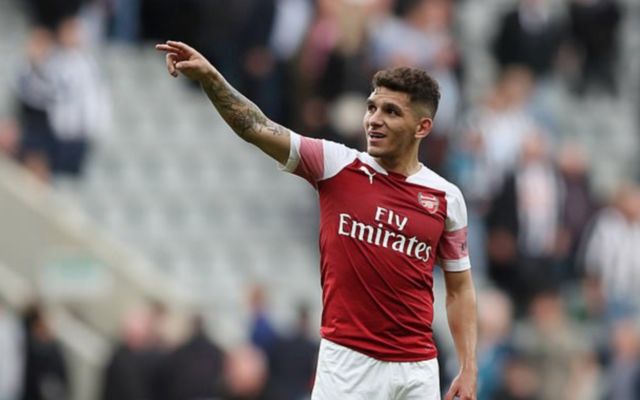 Lucas Torreira in action for Arsenal

However, the Gunners will be short on transfer funds this summer due to their failure to qualify for the Champions League, which might mean a number of players end up leaving the club.

Incoming Milan boss Giampaolo obviously feels he can convince Arsenal to part ways with Torreira, who is currently valued at around £50 million – as per Transfermarkt.

If the Premier League giants decide that bringing in a few new players is a priority this summer, they may be forced to consider selling their more expensive stars in order to make room.

It seems highly unlikely that Torreira will be among those to depart, but his past links with Giampaolo could end up having an impact on potential negotiations.

The Uruguayan is not yet considering a return to Italy – as per Tuttomercatoweb – but if Milan submit a formal offer his head could be turned before the start of the 2019-20 campaign.