Chelsea have had a lucrative offer for Valencia forward Goncalo Guedes rejected, as they aim to replace Eden Hazard at Stamford Bridge.

The Belgian talisman signed for Real Madrid last week for a fee which could end up exceeding £150 million with add-ons, after seven years in the Premier League – as per BBC Sport.

The Blues are already on the lookout for the man to fill Hazard’s boots, with an appeal against a proposed two-window transfer ban still ongoing.

Chelsea are still free to bring in new players at the moment, but they have failed with an opening bid of €70 million for Guedes, who starred for Portugal in the UEFA Nations League final on Sunday – as Plaza Deportiva reports.

The 22-year-old scored the only goal in a 1-0 victory over the Netherlands for his country in the inaugural tournament and he has attracted plenty of interest from a number of top clubs with his performances this year.

The Valencia attacker – who can play as a winger, attacking midfielder or as an orthodox striker – contributed five goals and three assists for the La Liga outfit last season, while also helping them win the Copa del Rey.

Guedes has the versatility to fit into Chelsea’s starting line-up nicely, but the Premier League giants will have to stump up more cash in order to secure his services this summer. 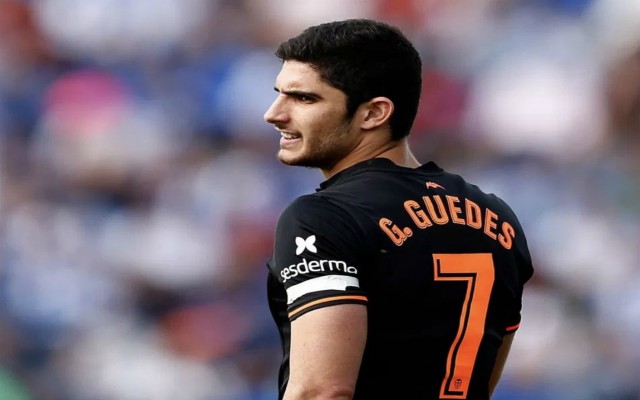 Goncalo Guedes in action for Valencia

He might not have the quality to replace Hazard outright, but the Portugal international could be the first piece of the puzzle having already proven himself on the big stage.

The Blues finished third in the Premier League last season and won the Europa League, under the tutelage of Italian boss Maurizio Sarri.

According to Metro Sport, Sarri may be following Hazard out the exit door in the coming days with a summer of major changes now expected at Stamford Bridge.

Guedes’ arrival at Chelsea would be a huge step in the right direction for the club amid a crucial transitional period, but it remains to be seen whether or not a second bid will be submitted while the market is open.