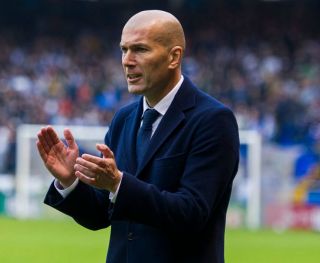 Real Madrid are reportedly keen on signing Napoli midfielder Fabian Ruiz, but it’s suggested that they’d have to splash out a significant fee to prise him away.

The 23-year-old only joined the Partenopei from Real Betis last summer, as he went on to play a key role for Carlo Ancelotti’s side with seven goals and three assists in 40 appearances across all competitions.

Aside from the figures, his technical quality, vision and passing ability undoubtedly made him a stand-out player for the Serie A giants, and they will surely be in no hurry to allow him to leave.

According to AS, Real Madrid are hopeful of securing a move to the Bernabeu for him this summer, but it’s noted that it will be difficult given the absence of a release clause.

That in turn could mean Napoli may well demand a huge fee to green light an exit, with AS suggesting that he could now be valued at double the €30m that Napoli spent to sign him from Betis at least.

With that in mind, Real Madrid could need €60m+ to strike an agreement, although it remains to be seen if Napoli are even willing to sit down and discuss a deal, as the report makes it pretty clear that they consider him unavailable for transfer.

Real Madrid are busy overseeing an overhaul of the squad this summer with deals for Eder Militao, Luka Jovic and Eden Hazard already being announced.

That leaves the midfield as the last area to address if deemed necessary, and with the likes of Luka Madrid and Toni Kroos remaining fundamental figures, a long-term replacement and fresh legs in the midfield courtesy of Ruiz could be what coach Zinedine Zidane needs moving forward.