The 19-year-old superstar has emerged as one of the finest centre-backs in world football over the last year, after helping Ajax secure a domestic double while also appearing in a UEFA Nations League final with the Netherlands.

De Ligt was a standout performer for Ajax during their run to the Champions League semi-finals last season, leading by example at the back and displaying a maturity which belies his age.

According to the Metro Sport, the teenager is a target for Man United, Barcelona and Paris Saint Germain, with Liverpool also thought to be keeping an eye on his situation.

Pundit and ex-Premier League stalwart Parlour, who played for Arsenal between 1992 and 2007, has urged Liverpool to seal the transfer of De Ligt ahead of their Premier League rivals this summer.

As per HITC, Parlour told Talk Sport on Tuesday: “That would be unbelievable. If they can get him as well, De Ligt, that could be the difference.” 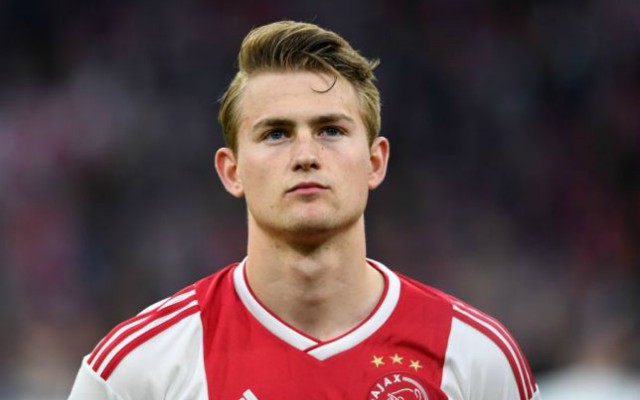 Matthijs de Ligt is expected to leave Ajax this summer

Liverpool finished second in the Premier League last term and won the Champions League for the sixth time in their history, which marked Jurgen Klopp’s first trophy at the helm.

The German boss will look to bolster his squad while the transfer window is open with a view to knocking Manchester City off their perch in England during the 2019-20 campaign and a player like De Ligt could make a huge difference.

Reds enforcer Virgil van Dijk plays with the youngster at international level and would surely welcome his arrival at Anfield, with no firm defensive partner permanently in place.

Joel Matip and Dejan Lovren were rotated in the heart of Klopp’s defence last season, while Joe Gomez impressed in the position before being sidelined through injury.

De Ligt’s future is very much up in the air at the moment and although Liverpool are not the frontrunners in the race to secure his services, a formal bid could change all that and Parlour will certainly not be the only expert who feels he could be the final piece in the puzzle for Klopp.