Arsenal and Tottenham have both submitted transfer proposals to AS Roma midfielder Lorenzo Pellegrini’s agent.

The 22-year-old rose through the ranks at Stadio Olimpico before graduating to the first team in 2015, but he was shipped out to Sassuolo after his first full season with the senior squad.

The Italian star returned to Roma in 2017 and he has since managed to establish himself in the starting XI, with seven goals in 71 appearances to his name across all competitions.

The 2018-19 season was Pellegrini’s strongest yet but he has been linked with a summer switch after the Giallorossi’s failure to qualify for the Champions League.

According to Italian football journalist Nicolo Schira, Arsenal and Tottenham have submitted offers for the €30 million-rated Serie A ace, contacting his agent directly to arrange a possible deal.

Shira, who works for Gazzetta dello Sport, wrote on Twitter: “Roma works on the renewal of Lorenzo Pellegrini – the objective is to remove the €30 million clause on the plate and offer the role of vice-captain.

“Meanwhile, his agent – after calls from Inter and Milan – received proposals from Arsenal and Tottenham.”

Inter and AC Milan are also in the running to sign Pellegrini but by the sounds of it, Roma are going to do everything they can to keep hold of a prized asset while the market is open.

It may take a huge fee to lure the Italy international away from his current employers, which lowers Arsenal’s chances of securing his services. 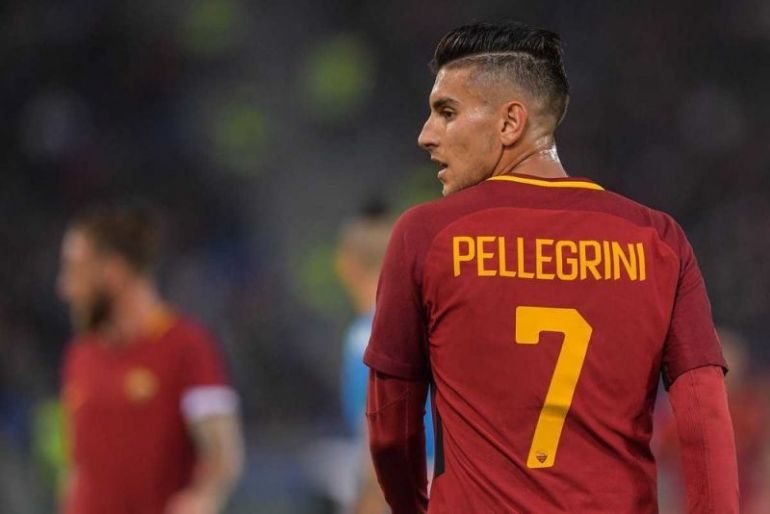 Pellegrini in action for Roma

The Gunners will be operating on a modest transfer budget after missing out on Champions League football last season and Pellegrini might end up just out of their price range.

Spurs, meanwhile, haven’t signed any new players in well over a year and club chairman Daniel Levy is well known for being tight with his purse strings.

However, the Premier League duo may still have the edge over the two Milan clubs in pursuit of Pellegrini having already tabled offers, which makes this story one to keep an eye on in the coming weeks.

A transfer duel between Arsenal and Tottenham is very much on the cards and whoever manages to seal this particular deal will strike a significant blow to their local rivals in the process.