A photo has appeared online that seems to show the opening round of fixtures for the 2019/20 Premier League season.

The list is not officially released until tomorrow, but the Daily Mail report of a sheet of paper seeming to show at least some of the games we can expect to see when the new campaign gets going. 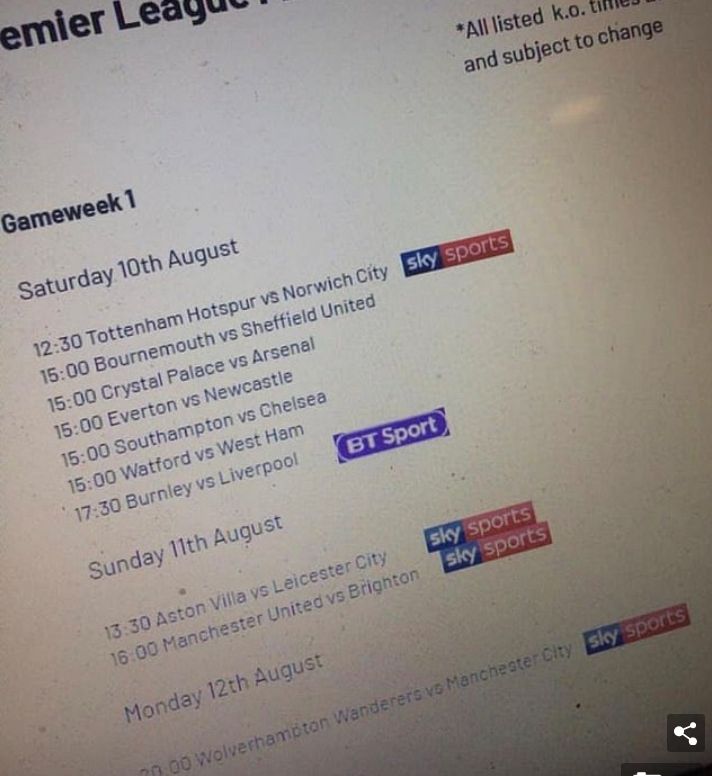 As you can see in the above picture, it’s an easy start for Manchester United as they take on Brighton at home, but Liverpool, Chelsea and Arsenal all have tricky starts away from home against Burnley, Southampton and Crystal Palace, respectively.

Meanwhile, reigning champions Manchester City are away to Wolves, and Tottenham start at home against newly-promoted Norwich City.

Let’s see tomorrow how accurate this leak proves to be!