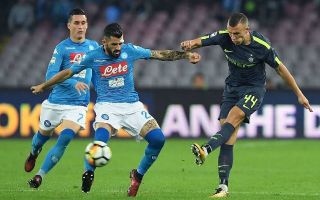 Arsenal have reportedly had some contact with Inter Milan over the potential transfer of winger Ivan Perisic this summer.

According to reliable Nerazzurri source FC Inter News, the Gunners are one of three Premier League clubs showing an interest in Perisic, along with Leicester City and Wolves.

And the Italian outlet also state Perisic would be available for around £30million this summer, which seems a pretty reasonable fee to pay for a proven, top quality wide player.

Still, it’s claimed in the report that Arsenal would likely have to make some sales before being able to afford the Croatia international.

One imagines Gunners boss Unai Emery could be keen to offload players like Mesut Ozil and Henrikh Mkhitaryan after hugely disappointing seasons in 2018/19.

Perisic would surely be an upgrade on those two and provide lethal finishers Pierre-Emerick Aubameyang and Alexandre Lacazette with the kind of delivery they need in order to score even more next season.

It’s clear that attacking players are on AFC’s radar this summer as the Mirror have also linked the club with Ryan Fraser and Yannick Carrasco.