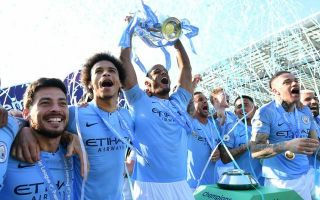 The Premier League fixture list for the 2019/20 campaign has been released, with fans across the country highlighting key dates across the season.

Manchester City will return hoping to make it three consecutive title triumphs, although based on the thrilling title race last season, Liverpool will hope to have a big say in that after pushing them all the way last time round.

SEE MORE: When are Premier League 2019/20 fixtures released? When do Man United, Liverpool, Chelsea and Arsenal kick off the new season?

Meanwhile, the likes of Chelsea, Tottenham, Man Utd and Arsenal will hope to push on and not only compete for a top four finish, but also try to put pressure on the top two and emerge as a genuine title contender themselves.

Particularly in the case of United and the Gunners who disappointingly finished outside of the top four and will be absent from the Champions League, they will hope that a strong showing in the league will lead their resurgence.

Aston Villa, Norwich City and Sheffield United all return to the top flight too as they’ll be eager to make their first appearance back in the Premier League for some time, and so it promises to be another thrilling and intriguing campaign across the board.

As seen below, the fixtures for the opening weekend have now been confirmed with Man Utd hosting Chelsea the pick of the bunch, with all games to take place between August 9 and 12.

It promises to be another fascinating year in the Premier League, and while there will undoubtedly be drama, moments of magic and memorable gaffes week in and week out, we’ve picked out some of the key dates to circle on the calendar.

The full list of fixtures for the 2019/20 campaign can be found here.

React to your team's opening match with a GIF…??

Some huge fixtures to look out for in this morning's @premierleague fixtures announcement! ?