Barcelona are seemingly edging closer to getting rid of Portuguese midfielder Andre Gomes, with the player closing in on a move to Premier League side Everton.

Gomes spent the whole of last season on loan at the Toffees, helping them achieve a ninth-placed finish in the process.

And it seems like Gomes liked his time with Everton so much, that he’s even close to sealing a permanent move to Goodison Park.

According to Sport, Barca are close to finalising a move away from the club for Gomes, with his destination set to be Everton.

The report also states that Barcelona are after €30M if they are to let Gomes go, with Everton trying to lower this price tag down a tad. 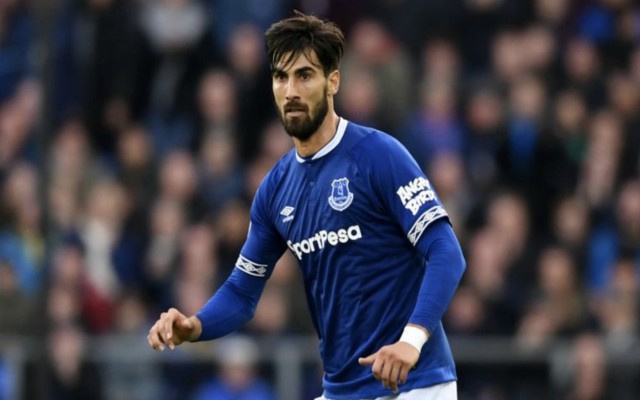 Gomes was a useful player for Everton last season, with the player managing to make a total of 29 appearances for Marco Silva’s side in all competitions.

Given the signing of Frenkie De Jong, combined with the fact that Barca already have stars like Ivan Rakitic and Arthur Melo to choose from, it seems wise for Gomes to leave the club if it’s game time he’s after.

If Barca manage to bring in €30m for Gomes, it’ll be seen as great business by the club, who are seemingly going to have a clear-out of players this summer following an average campaign this season.

David Moyes won’t be happy with West Ham set to miss out on No.1 summer target
More Stories Andre Gomes