Spurs are coming off the back of another impressive campaign in which they secured a top-four finish in the Premier League and enjoyed a memorable run to the Champions League.

In order to now sustain that push for major honours, Mauricio Pochettino will hope to be backed in the summer transfer window to strengthen his squad and kick on in that pursuit.

According to The Mirror, both Lo Celso and Ndombele are being eyed as key signings, although it’s suggested a £53m bid for the former has already been rejected while the latter is valued at £71m by Lyon.

In turn, Tottenham may well have to splash out well in excess of £100m to sign both players ahead of next season, and so they have a key decision to make with the report adding that Christian Eriksen’s potential departure could be pushing them into such deals.

Time will tell if Pochettino gets the reinforcements that he wants, but having now firmly established the club as a top contender both in England and Europe, coupled with their new stadium being completed, the future is surely looking very bright for Spurs.

However, that will mean little if it doesn’t translate into success on the pitch, and with the quality and potential that both Lo Celso and Ndombele possess, a strong case can be made to suggest that they would certainly help Tottenham take that next step if deals can be done.

Perhaps the priority though will be to keep the current squad intact, and that means trying to avoid that touted Eriksen departure in the report above given how important the Danish playmaker has been in recent years. 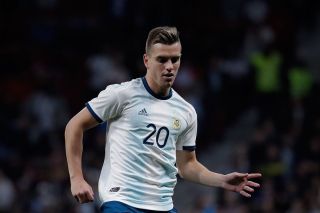 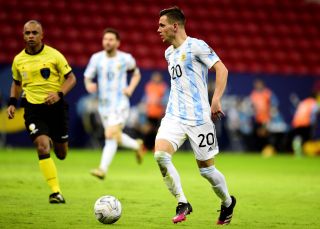 Contact made: Real Madrid register their interest in signing Tottenham star this summer May 14 2021, 9:53
Tottenham FC

Spurs fans hit out at star who was frustrating under Mourinho for his performance vs Southampton Apr 22 2021, 14:43
Tottenham FC