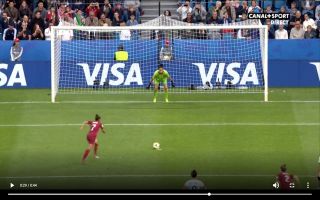 England Women’s star Nikita Parris missed a glorious chance to put Phil Neville’s side into the lead against Argentina tonight after her penalty was saved.

The Lionesses had the chance to take the lead from the spot in the 26th minute after Manchester United Women’s star Alex Greenwood was brought down in the box after showing off some lovely footwork.

Lyon forward Nikita Parris stepped up to take the spot-kick, unfortunately for the 25-year-old Argentina stopper Vanina Correa produced a stunning save to push Parris’ effort onto the post, it looked as though England could have scored the rebound but the effort went wide.

The Lionesses have some work to do.#ENG 0-0 Argentina

A win for the Lionesses tonight will see them jump to the top of their group, fortunately for Phil Neville’s side there is plenty of time for the team to make up for their missed chance. 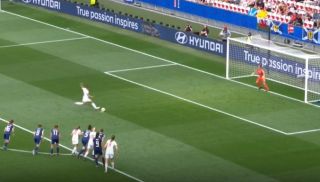