A Dutch football expert has revealed that Liverpool, as well other Premier League giants, have scouted this European star ‘a number of times’.

Dutch football expert Marcel van der Kraan has revealed that Liverpool, as well as a whole host of other Premier League clubs including Manchester United and Tottenham, have scouted Ajax star Donny van de Beek ‘a number of times’.

The tireless midfielder was phenomenal for Ajax last season as they completed this domestic double and defied the odds to reach the Champions League semi-finals.

Van der Kraan made the revelation on an episode of Sky Sports’ Transfer Talk podcast earlier this week.

After Ajax’s impressive season it’s not surprising to see some of the biggest clubs in the world interested in signing some of the Amsterdam club’s biggest talents, transfers won’t come cheap though, according to Spanish outlet Marca, the Dutch giants value Van de Beek at £53m (€60m).

Here’s what Van der Kraan had to say on Van de Beek:

“This is probably the biggest chance of a move happening this summer. If I had to put my money on a player leaving, it would be Donny van de Beek.”

“He is a perfect backup for many clubs. He is not the No 1 for most clubs – I have seen scouts from Tottenham, Man United, Everton, Liverpool and Newcastle at Ajax Amsterdam Arena watching him a number of times.”

“He is an ideal player for the Premier League, he has the skills, like most Ajax players, and a big tank so he can run all day. But all these clubs have a priority list and Van de Beek seems the perfect backup for the big clubs.”

“I think he is keen on the Premier League, more than the Bundesliga or Serie A.”

Van der Kraan also believes that Van de Beek is one of the stars that is likely to leave Ajax this summer:

“If I had to put my money on a player leaving this summer, it would be Van de Beek.”

Van de Beek has also emerged as an important player for the Netherlands national team in the last year, the star was in action in both of Holland’s recent Nations League clashes against England and Portugal. 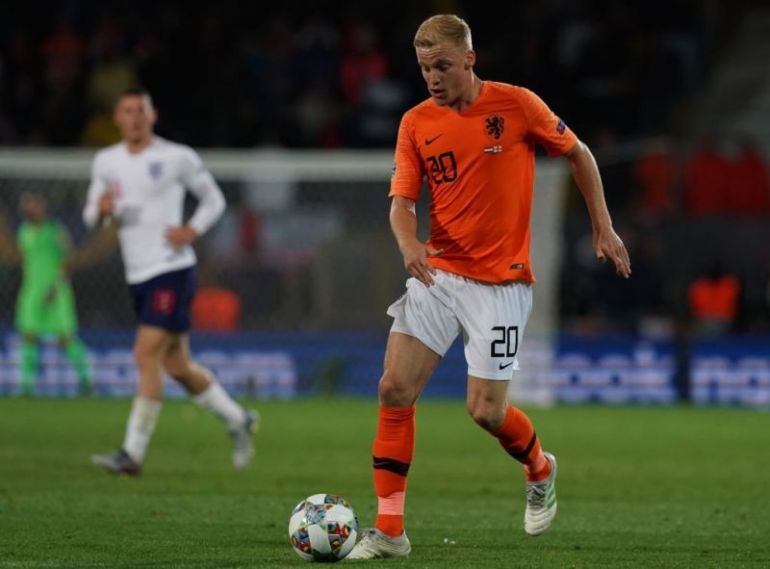 Dutch football journalist Rene van der Gijp believes that Liverpool would be a good move for Van de Beek, here’s what Van der Grip had to say as quoted by Voetbal Primeur:

“He is exactly what Klopp is looking for.”

“Someone with a lot of walking ability, who never gives up at home and also has scoring ability. He needs that in midfield. Will the midfielders shoot the target once? I don’t think so. They haven’t even been around yet.”

“Van de Beek would be a player for Klopp with his way of playing.”