Champions League winners Liverpool have joined Premier League rivals Arsenal and Italian side Udinese in the race to sign one of Turkey’s most impressive talents.

According to Sport Witness via Turkish outlet Footmac, Liverpool have joined Arsenal and Udinese in the race to sign midfielder Durokhan Tokoz from Turkish giants Besiktas.

The 23-year-old midfielder produced an eye-catching performance against world champions France in Turkey’s shock 2-0 victory over Didier Deschamps’ side.

The report highlights that Besiktas rejected a bid worth a total of €8m from Serie A outfit Udinese, the Turkish side are looking for at least €10m for the star’s services.

Liverpool are understood to be tracking the defensive midfielder and Footmac believe that the Reds could make an offer for Turkoz in the future. 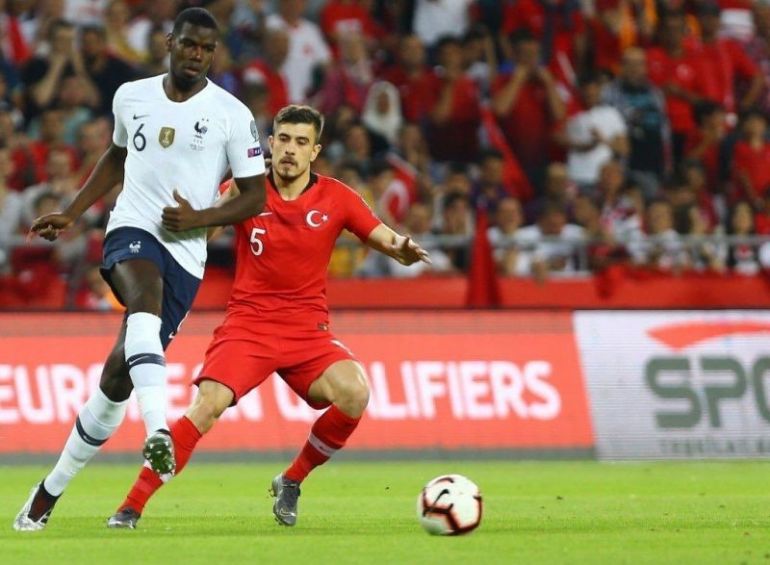 Tokoz got the better of Manchester United star Paul Pogba in Turkey’s impressive victory over the world champions.

Tokoz made 20 appearances for Besiktas in the Turkish top-flight last season, the ace managed to score 3 goals and provide 4 assists from midfield.

Tokoz is primarily used in a defensive midfield role but the ace has also stepped into a central-midfield role when called upon, the star even made a couple of appearances at right-back last season.

Tokoz was only handed his international debut in March of this year, the ace has gone on to make 5 appearances for the Turkish national team, given his rapid rise, Tokoz could be a star to watch out for in the future.