Chelsea have reportedly identified their perfect replacement for Eden Hazard, the Blues are keen on signing this superstar but will have to find a way around their current transfer-ban in order to make a marquee move for the ace.

According to the Daily Star, Chelsea have identified Barcelona ace Philippe Coutinho as the perfect replacement for superstar Eden Hazard, the report highlights that the Blues are desperate to land the Brazilian’s signature.

Chelsea will be prevented from signing the star until next summer, unless they find a way around the two-window transfer ban that they’re facing.

According to Spanish outlet Mundo Deportivo, Coutinho is ready to leave Barcelona in order to get his career back on track, the Brazilian was regarded as one of the most dangerous attacking midfielders in the world but a difficult time at the Camp Nou has made the star look like a shell of his former self. 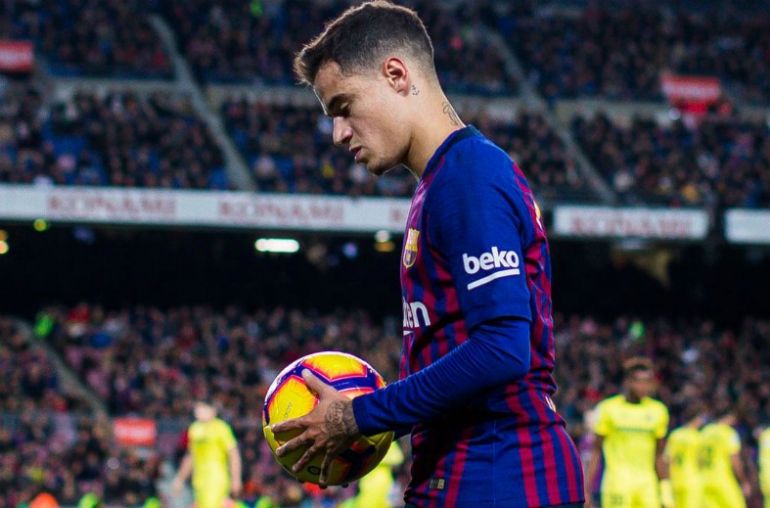 According to Spanish outlet Sport, Chelsea will have to compete with European giants Paris Saint-Germain and Premier League rivals Manchester United to land the star’s signature. It’s understood that Barcelona value the ace at around £89m (€100m).

However, it’s believed that Coutinho favours a move to Chelsea over United and PSG, according to another report from the Daily Star.

Journalist Duncan Castles revealed that the Blues were in pole position for Coutinho on the ‘Transfer Window Podcast’, should they lift their transfer-ban:

“Coutinho’s obviously represented by a couple of agents who have very strong links to Chelsea, have done a huge number of deals to that club. The briefing I had last week was that Coutinho’s preference would be to go to Chelsea rather than Paris St-Germain, but of course, dependent on the transfer-window ban being lifted, which it looks almost certain not to happen.”

With Chelsea in need of a quality attacker following Eden Hazard’s departure, there aren’t many better options than signing Coutinho to fill the Belgian’s void. Given his impressive form for Liverpool in the Premier League, Coutinho has what it takes to fire the Blues back into contention for the Premier League title.