Arsenal have entered the race to sign this talented young midfielder, the Gunners will have to compete with several European giants to secure this signing.

According to The Sun, Arsenal are interested in signing highly-rated 18-year-old midfielder Dominik Szoboszlai, the Red Bull Salzburg is valued at around £15m and it’s understood that the north London club will have to rival Italian giants Juventus and Lazio for the star’s signing.

A report from Football Insider also understands that German giants Borussia Dortmund are one of the team in the race to sign the talented youngster.

The Gunners will have to chase some bargain signings this summer, as per the Mirror, Unai Emery has only been allocated with a transfer budget of £40m to £45m ahead of next season. 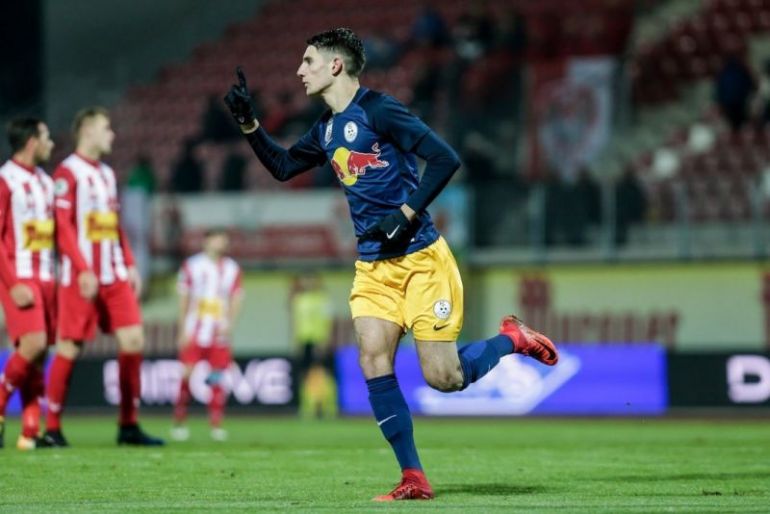 Szoboszlai has enjoyed a phenomenal breakout season, in 29 appearances across all competitions the ace has scored 11 goals and provided 10 assists.

Szoboszlai agreed a move to Salzburg two season ago, last season the ace impressed whilst on loan with former club FC Liefering, this earned the star a recall to Salzburg and he quickly started to make waves in Austria’s top division.

The 18-year-old’s sensational performances in central midfield earned him a debut for Hungary’s senior national team in March, Szoboszlai has four senior caps to his name to date.

Arsenal are certainly in need of a creative midfielder following the exit of Aaron Ramsey, maybe just like the Welshman Szoboszlai could become a key player for the Gunners if he’s given a chance in the first-team.