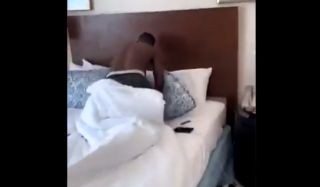 Some Manchester United fans have not taken well to this video shared by Jesse Lingard on social media.

Watch below as the Red Devils attacking midfielder films himself, Marcus Rashford and a couple of the club’s youngsters as they seemingly prepare to leave their hotel.

Rashford and Lingard.
Single handedly wiping the gloss off the once great Manchester United. pic.twitter.com/GEAsrUjloe

The players mostly leave their rooms in a bit of a state and have a laugh about it, with one player pretend ‘shagging’ on his own in his bed.

Lingard has often been criticised for over-sharing online, and some fans have reacted with real anger, such as the one commenting above, plus others like these below…

Under Ferguson you wouldn’t have even seen a player on Soccer Am, let alone behave like Lingard & Rashford. They are embarrassing the club time and time again by off the field antics. Lunatics running the asylum, I’m afraid. Place needs gutted from the top.

Wow! What role models! I love this club but, no wonder the team is like it is!! Act like dicks and still get paid ridiculous amounts…whatever happened to pride? Animals! Shameful!

Most embarrassing lad ever

Get lingard out of this club ffs, he’s an embarrassment

Pogba, lingard and rashford need shipping out. Just because they’re not good enough. These videos just add insult to injury cos they’re think they’re the dogs ?

No wonder is form is bad