Arsenal could face a difficult battle to keep hold of one of their most important players this summer, these European giants are plotting a move for this star.

According to The Telegraph, Spanish giants Atletico Madrid are interested in signing defender Hector Bellerin from Arsenal, the La Liga side are planning to tempt Unai Emery by offering him the chance to reunite with Spanish international Vitolo at the Emirates Stadium.

It’s understood that despite the fact that Bellerin is still undergoing his recovery from his long-term knee injury that Diego Simeone has made the Spaniard a top target for this summer’s transfer window.

Fortunately for the Gunners, Bellerin signed a six-and-a-half-year contract back in 2016, with 4 years left on his current deal, Atleti could be forced into making a sensational offer in order to convince Arsenal to part with their prized asset. 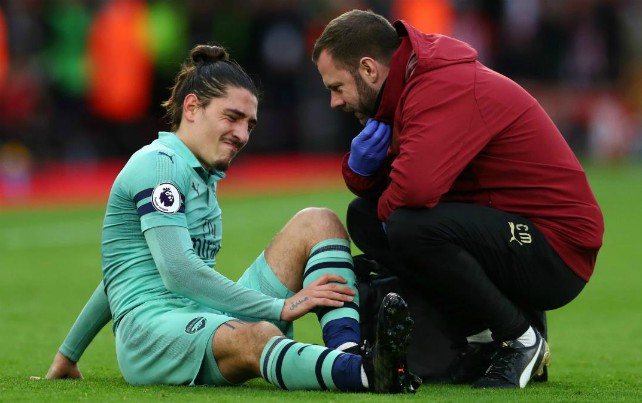 Bellerin has been sidelined with a serious knee injury since the start of the year, the Spaniard has been a massive miss for the Gunners.

Atletico are planning to test Unai Emery’s resolve by offering the Gunners Vitolo, as part of any Bellerin deal. Emery could find it hard to turn down a reunion with the Spanish international winger, the pair won three Europa League titles together during Emery’s time as Sevilla boss.

Arsenal are also lacking quality options on the flanks so the chance to receive Vitolo in a potential deal could certainly be appealing to the North London club.

Under Emery’s tutelage Vitolo could return to the fearsome player he once was, the 29-year-old has struggled since moving to Atletico and the star needs a move away to get his career back on track.