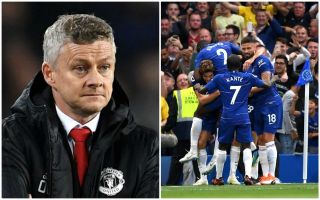 Manchester United have been advised to try transfer raids on their rivals Chelsea and Arsenal, among others, as pundit Stan Collymore gives his thoughts on how to solve the Paul Pogba situation.

The former Liverpool forward has written in the Daily Mirror about the players United need to be targeting to either boost the performances of Pogba, or help replace him if he does end up leaving the club.

The France international has not had the best time at Old Trafford since his big-money move from Juventus in 2016, and there’s no doubt Ole Gunnar Solskjaer needs to work out a solution to this problem.

The Daily Star recently claimed Solskjaer could be prepared to cash in on Pogba, but that could well be a big risk given how good the 26-year-old has shown he can be in the right set-up.

Writing in the Mirror, Collymore believes a signing like N’Golo Kante or Declan Rice could be ideal to partner Pogba, while he also lists Arsenal youngster Matteo Guendouzi as a player the Red Devils should consider to replace him.

“Ed Woodward clearly doesn’t want to allow Pogba – the jewel in his crown – to leave United this summer and we will have to wait and see if Real Madrid or Juventus can match the minimum £150million United would want,” Collymore said.

“So, if he does end up staying, United ought to be trying to sign two players to set him free. It would be hard to get Kante out of Chelsea or Declan Rice out of West Ham, but that doesn’t mean United shouldn’t try for both.

“With those two alongside Pogba, United’s midfield would look a lot more like a United midfield should look.

“Of course, if Pogba is allowed to go, then Ole Gunnar Solskjaer will have big money to reinvest and I’d go down a different route to the Galacticos-lite path United have trodden in recent seasons.

“I’d be looking at a mixture of Rice, James Maddison and Matteo Guendouzi, three players who would thrive at United.

“They’re young, talented, you could bring them up together and even have a little change left over from Pogba – even if you signed all three.”