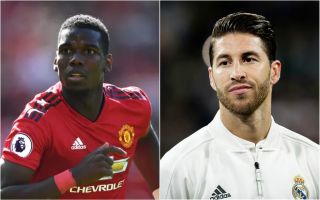 The France international has certainly not been the most convincing performer for much of his time at Old Trafford, and it seems Ramos has serious reservations about signing him.

According to Diario Gol, the Spain international believes Pogba’s difficult personality is the last thing Real need at the moment after their hugely disappointing 2018/19 campaign.

While Pogba is a fine player on his day, it perhaps makes sense for Ramos to look at how his time at Man Utd has panned out and question if he’d be an ideal part of the major rebuilding process going on at Madrid this summer.

Los Blancos have started the summer well with exciting signings like Eden Hazard, Luka Jovic and Ferland Mendy, but it remains to be seen if Pogba will be a part of that.

The Red Devils star has also been linked with a return to his former club Juventus by the Daily Mirror.