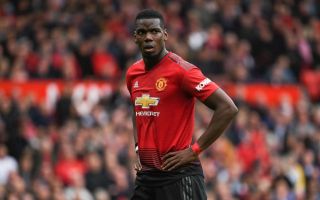 Manchester United have reportedly set an asking price of around £134million for Paul Pogba as Paris Saint-Germain become the latest club who could snap him up.

This latest update on the France international’s future comes from Don Balon, who report that the player is unhappy at Man Utd and ready to return to his home country with a big move to PSG.

The Spanish outlet also reference interest from Real Madrid in Pogba, while he’s also been linked strongly with a return to his former club Juventus by a recent report tin the Daily Mirror.

However, it seems Pogba could snub both of those for PSG, with Don Balon explaining that the 26-year-old views them as another attractive potential destination.

Still, the report suggests MUFC’s asking price for Pogba could be a stumbling block, so it remains to be seen if this move is realistic.

Many Red Devils fans, however, could well view the sale of Pogba for big money as a good idea after his relative lack of impact in three years at Old Trafford.

United could probably do better, and would surely benefit from having an extra £134m to spend on the rest of their squad.