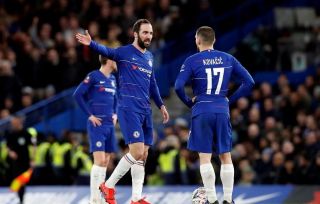 Chelsea have reportedly agreed a deal with Real Madrid to sign midfielder Mateo Kovacic on a permanent transfer after his year on loan at Stamford Bridge.

The Croatia international did not exactly set the world alight in his time in west London in 2018/19, but Chelsea seem to have decided he did well enough to earn a permanent move.

The ever-reliable Gianluca Di Marzio claims the Blues are now set to sign Kovacic for around €50million in what could be a smart move by the club.

As has previously been explained by Marca, Chelsea have a transfer ban this summer but can get around that because Kovacic is already registered with them from his loan spell.

This allows CFC to bring in a new signing despite looking highly unlikely to be able to bring anyone else in ahead of next season.

Chelsea fans will now just have to hope the 25-year-old can improve on last season’s form, which is not impossible as he’ll have now had a year to settle in to English football.