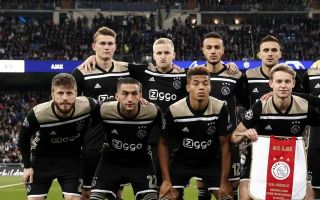 Manchester United have apparently made an offer to seal the transfer of Ajax centre-back Matthijs de Ligt this summer, but he’s probably not going to accept it.

The Netherlands international has shown himself to be one of the most exciting young talents on the planet at the moment, and has been linked with a whole host of top clubs this summer.

Sky Sports recently acknowledged interest from Man Utd, Barcelona and Paris Saint-Germain, but suggested De Ligt was looking all set for a £62million move to Juventus instead.

This would be a huge signing for the Italian giants, and a major blow for United, who so badly need a top class central defender to come in this summer.

Sam Wallace on Utd and a CB: "United aren't in the mix for Matthijs de Ligt."
Ornstein: "Recently I was told, of course, more will materialize and a lot of it is verbal, but I was told that the only offer on MDL's table was from Utd and that he chose not to go there."

According to David Ornstein, speaking on BBC Radio 5 Live, De Ligt has an offer on the table from MUFC but has chosen not to take it.

Clearly, the 19-year-old must have another more tempting offer in mind, and recent speculation such as the report from Sky Sports suggest he will now be Juventus-bound.