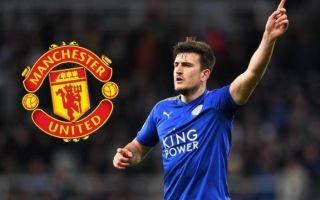 Manchester United have reportedly walked away from the potential Harry Maguire transfer after being left stunned by Leicester City’s demands for the defender.

According to the Daily Mirror, the Red Devils are out of the running as Leicester are demanding a total of £100million for Maguire, which could include £90m up front before £10m in add-ons.

The report explains that Ole Gunnar Solskjaer had made the England international a key part of his plans, but it looks like any hope of him moving to Old Trafford are now over.

The Mirror continue to link Maguire with Manchester City as well, and it remains to be seen how much they might be willing to pay to land the 26-year-old, who could be an ideal long-term replacement for Vincent Kompany.

United will now surely need to look elsewhere for a much-needed new centre-back this summer, with the club running out of options.

United surely cannot go into another season with the same defence that let in 54 league goals last season – the club’s worst record in the Premier League era.