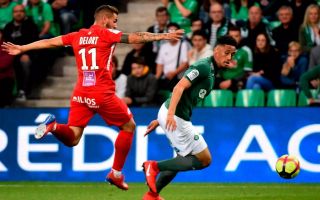 Arsenal are reportedly making progress on two signings who could be worth a combined £40million in this summer’s transfer window.

According to the Daily Star, the Gunners are closing in on a £20m deal to sign Saint-Etienne youngster William Saliba, though they may have to loan him back to the Ligue 1 club as part of that deal.

The Daily Star also claim that Arsenal are preparing a fresh £20m bid for Celtic left-back Kieran Tierney, and the club will hope this improved offer can finally bring the Scotland international to the Emirates Stadium.

It’s previously been claimed by the Guardian that the north Londoners would bid around £18m for Tierney and were confident that would be enough, so there should be good reason to think £20m can soon get the deal done.

These two would be superb signings to improve Arsenal’s dodgy defence, which let in 51 goals in the Premier League last season.

That’s clearly an area where Unai Emery’s side will need to improve a great deal if they are to break into the top four next term.